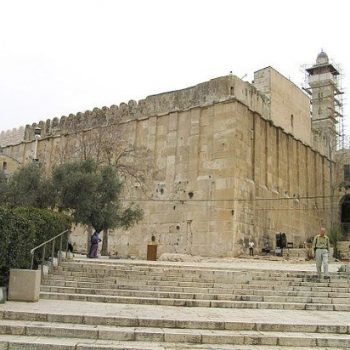 There is a phenomena that we all see from time to time – a person who carefully observes Jewish ritual but seems to be lax when dealing with people.

In this week’s parasha we see how Avraham dealt with people during a very difficult time in his life.

The Mishna in the 5th chapter of Pirkei Avot states:

Avraham Avinu was tested with 10 trials and he withstood them all.

The Mishna does not enumerate what the 10 trials were.

Several commentators have compiled different lists of the events in Avraham’s life as the 10 trials. Most agree that Akeidat Yitzchak from last week’s parasha was the 10th and final trial.

Rabbeinu Yona disagrees. According to Rabbeinu Yona, the tenth trial was the burial of Sarah.

Rabbeinu Yona’s argument is as follows:

Avraham was promised explicitly by God that he would be given the land of Israel.

14 And the Lord said to Abram after Lot had parted from him, “Please raise your eyes and see, from the place where you are, northward and southward and eastward and westward.

15 For all the land that you see I will give to you and to your seed to eternity.”

Yet, when Sarah died he had no place to bury her until he purchased a burial plot. Nevertheless, Avraham did not question the divine will.

Still, the act of buying a burial plot seems insignificant when compared to the Akeida.

There are those who explain Rabbeinu Yona in this way:

We must understand the situation that Avraham Avinu was in at that time and how most people would naturally react to that situation.

Avraham had just returned from the Akeida, during which he had almost killed his son Yitzchak. At virtually the same instance his wife of many, many years had suddenly died.

He doesn’t have a place to bury her and he must deal with the local residents.

Even though they outwardly show him some respect they are still a crafty bunch looking out for their own financial gain.

Most people under such circumstances would lose their cool and demand their “rights.”

Throughout the negotiations he treated Efron and all the local leaders with complete respect.

Even when the price of the land was exceedingly high he did not complain but accepted their demands.

The first nine tests that Avraham faced we can classify as “bein adam l’Makom”, between man and God.

Would he keep his cool when dealing with a difficult person in a very stressful situation?

Only when he passed this test had Avraham reached the level that Hashem desired from him.

I’m sure you will agree with me that it’s not always easy to get along with other people.

Like the saying says, “The more I know people, the more I love my dog” (attributed to Mark Twain and others).

But like I wrote a few days ago, Jewish spirituality is not withdrawing from society.

We must all learn to live amongst people and strive to grow step-by-step to reach our potential. 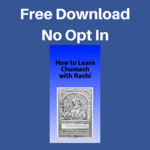